Indonesia comprises more than 13,000 islands and Lombok is one of them. It is close to Bali and also similar in size, but it is nowhere near as touristy as Bali. Bali is crowded & busy, every single piece of free land is used for bars, cafes, villas or hotels – in Lombok you still have fields along the beach which the cows graze on and little boys play football. 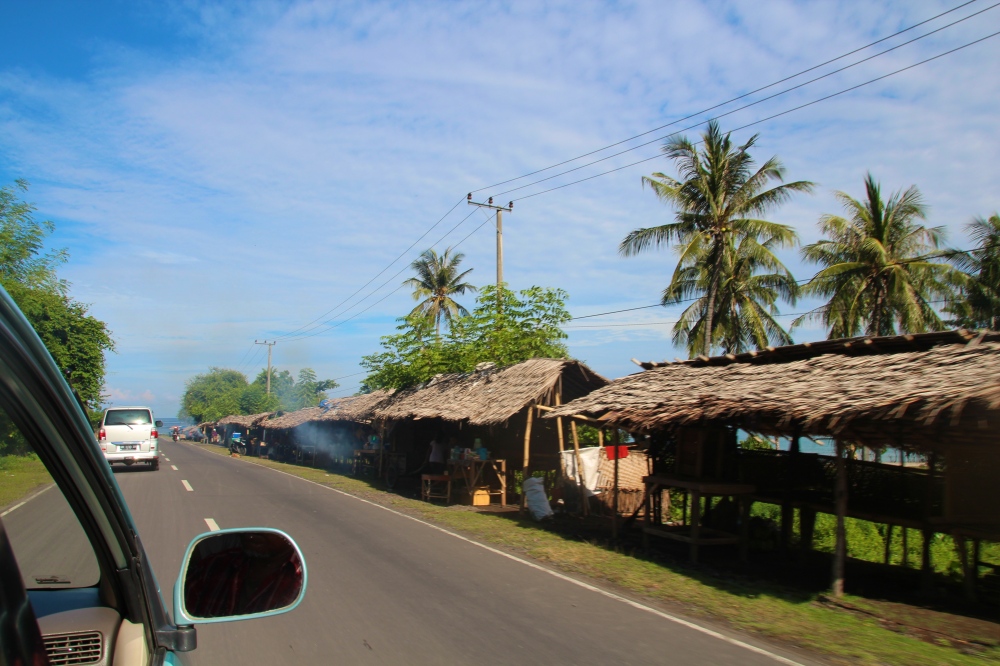 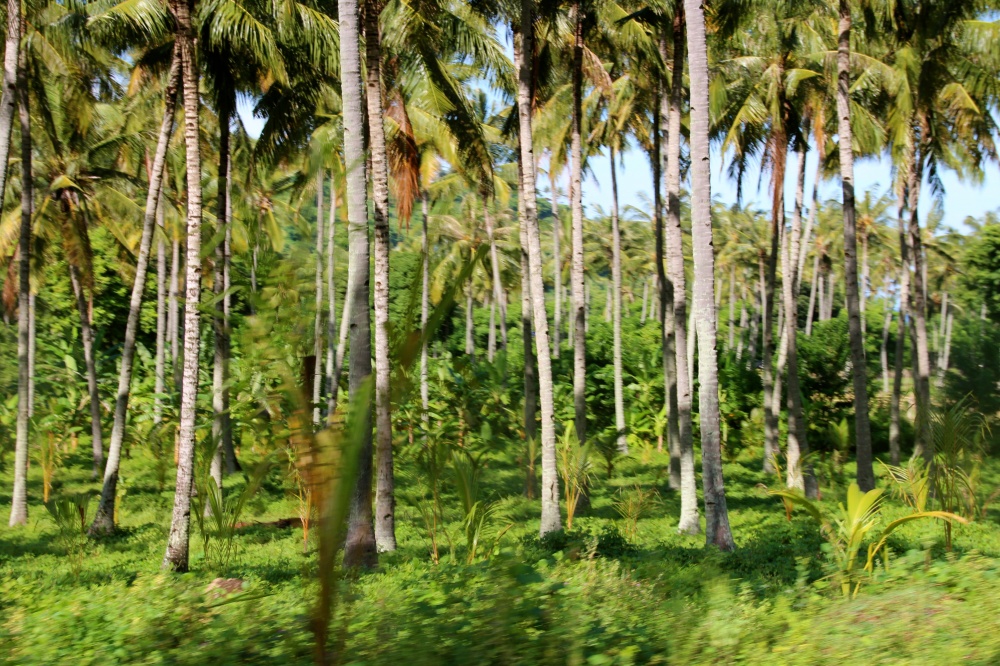 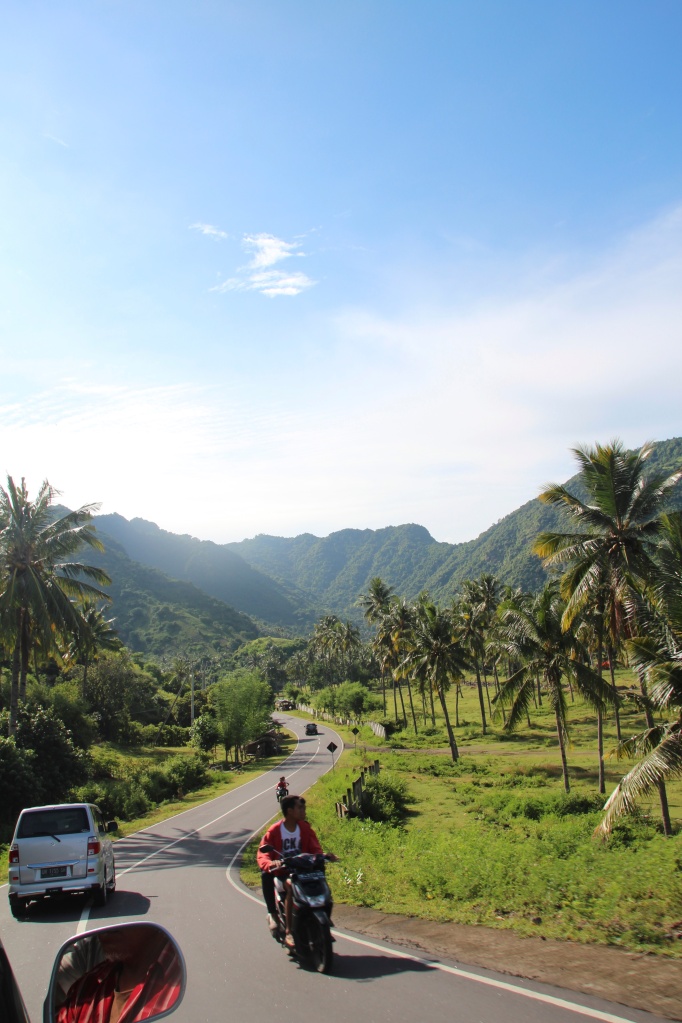 Lombok has beautiful undisturbed nature and the people follow a rural lifestyle. Their way of living has not been spoilt or – to put it in kinder words – influenced by the West. Yet. There are a few surfers here and there, but tourism is far from developed. Only few people speak English. For the first time it proved to be rather difficult to find a place to stay but I eventually found a friendly family-run home stay. Their eldest son offered to take me on a motorbike tour around the island and of course I excitedly agreed. There’s nothing better than experiencing a new place with a true local. So off we went! 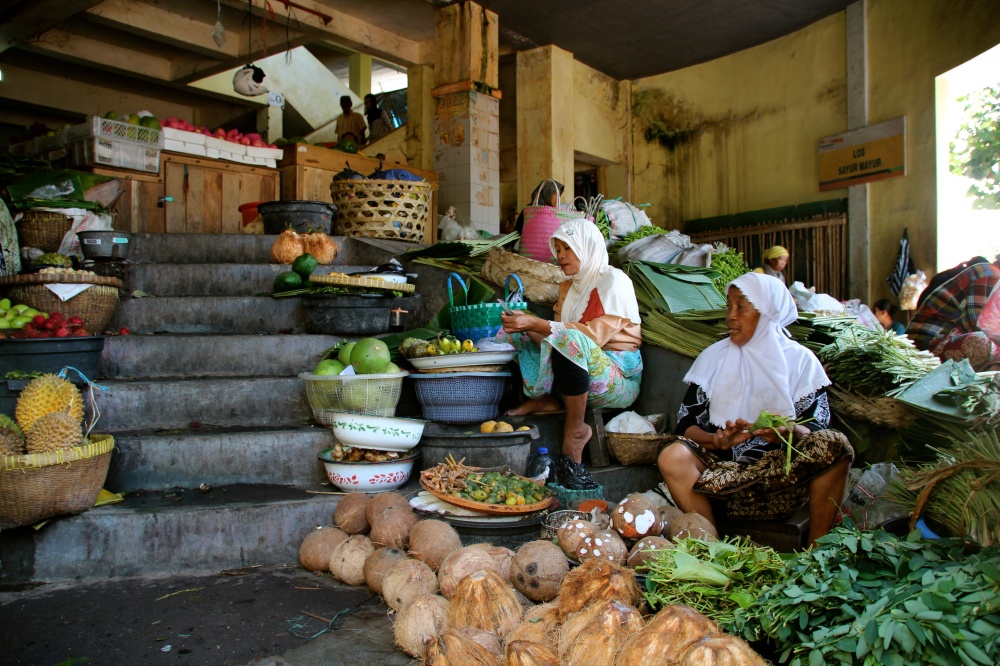 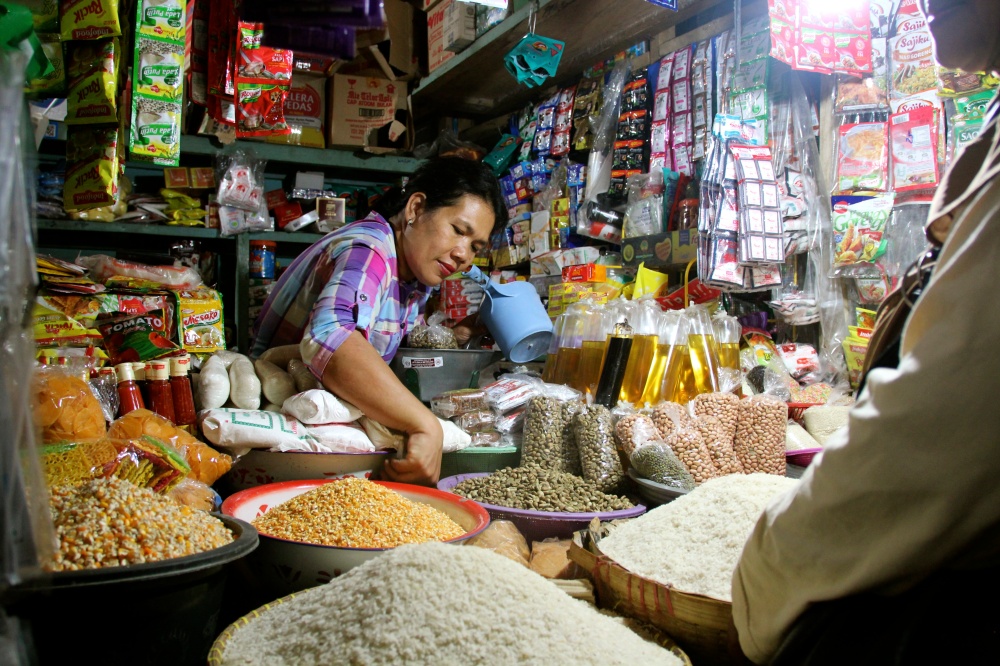 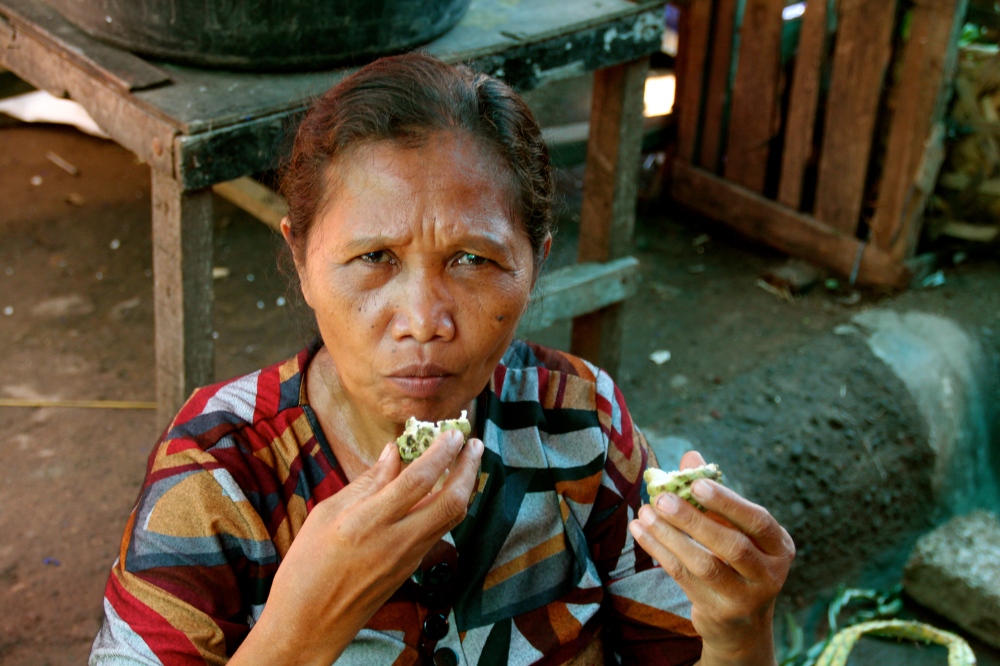 We spent ages walking around the huge & super busy market, where he translated between me and the locals. Interestingly, people reacted in very different ways towards me – most were very friendly and excited to see a blonde girl, others were awkward and eyed me suspiciously. Some were really rude & aggressive, shouting things at me I couldn’t understand and groping my naked arms or thighs. I couldn’t quite interpret what their anger was directed at – was it the fact that I was wearing no sleeves in a Muslim market? Or taking photos of their everyday life? My guide decided it was better to leave, so we moved on to temples, beaches and other markets. 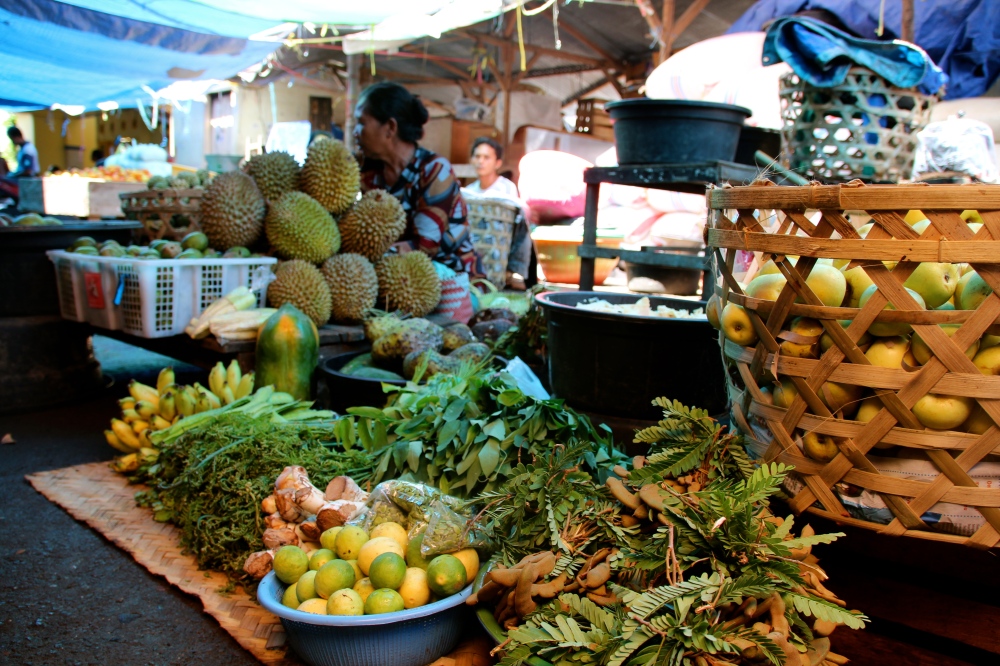 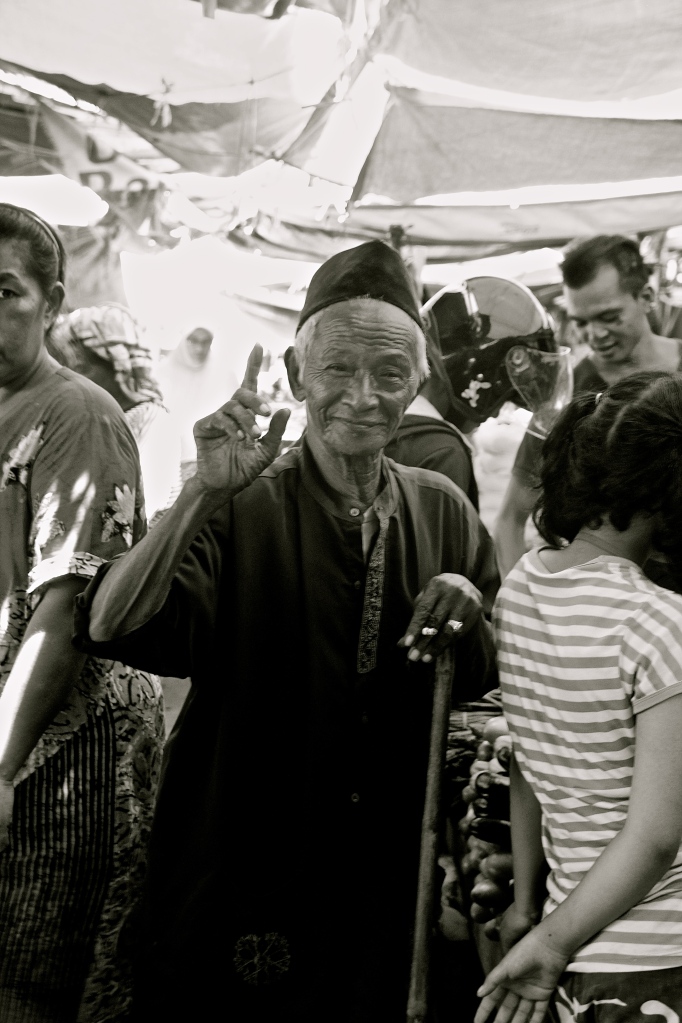 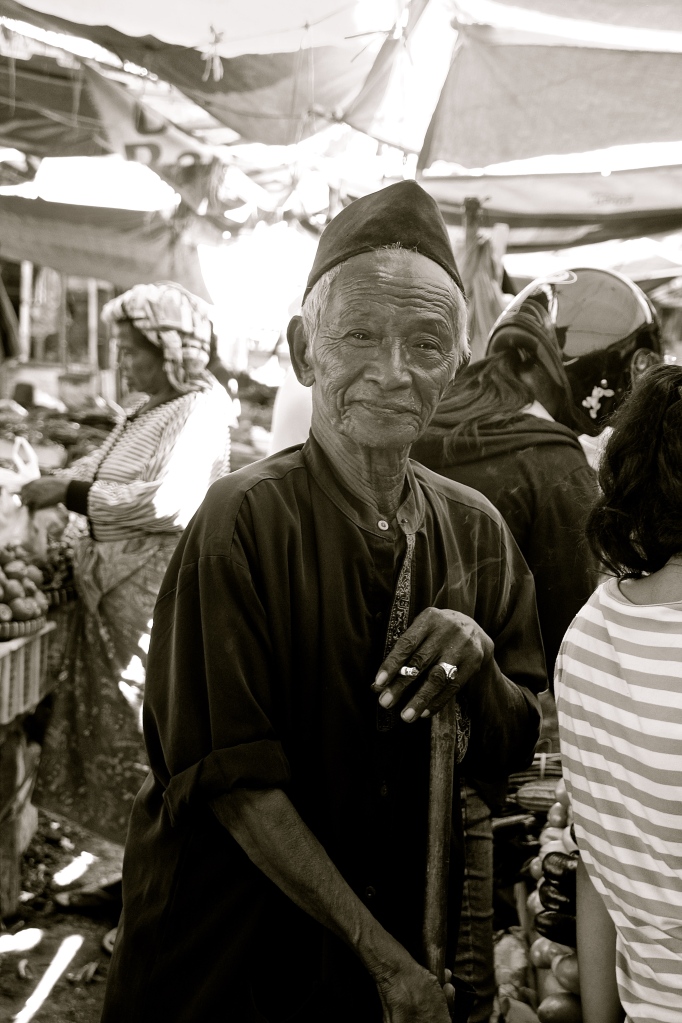 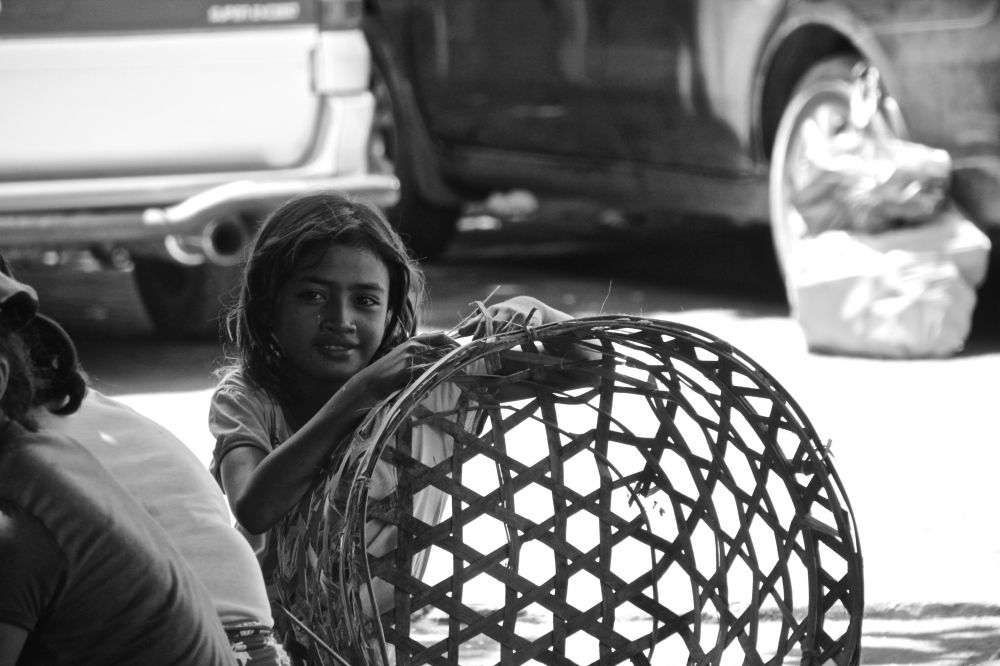 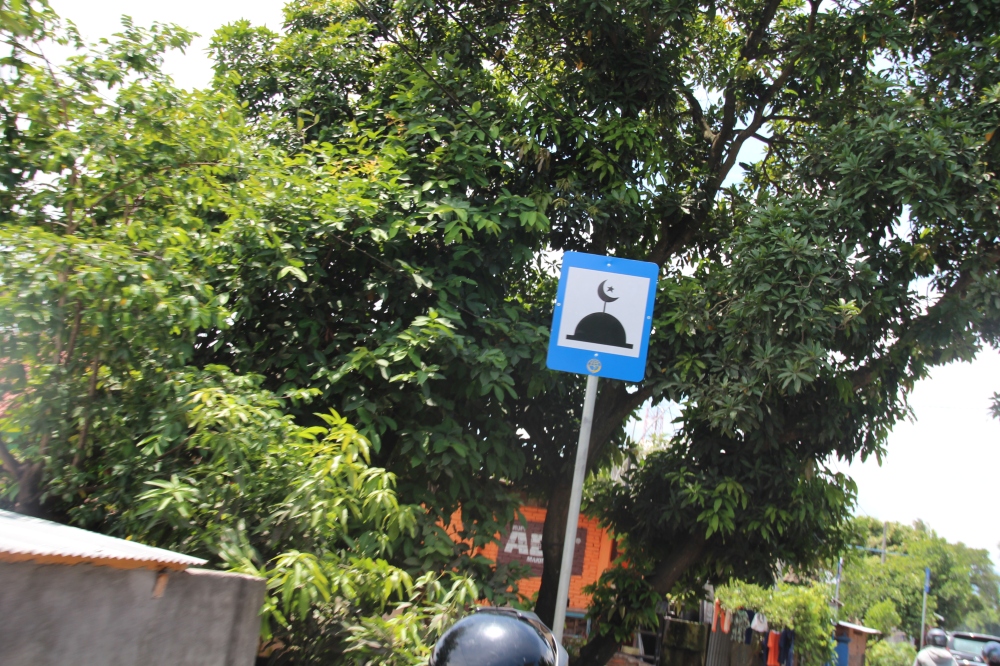 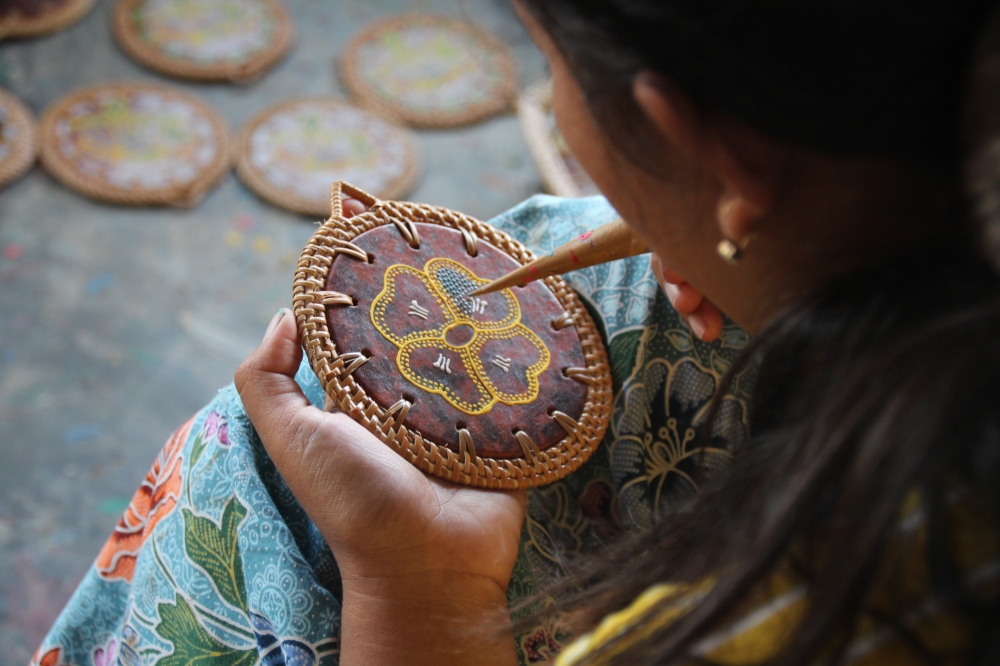 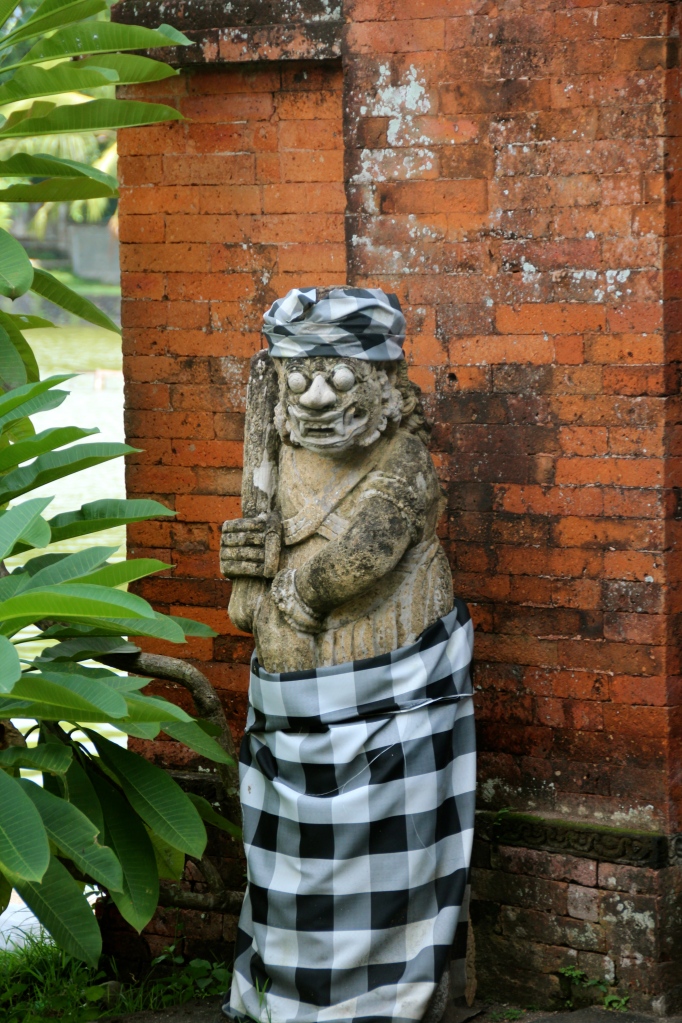 So, this was an experience you clearly only get when you’re with a local. He asked me three times, maybe eight, if I was certain I wanted to go to a cock fight. Things can get quite heated, he said. He told me I had to be careful cause the people there are mad. I assured him each time that I really wanted to go see a cock fight. When he told me it was safer if he carried my belongings & camera, I wondered what I had gotten myself into. I was a little scared now. He gave me an unsure smile and lead me inside the arena. 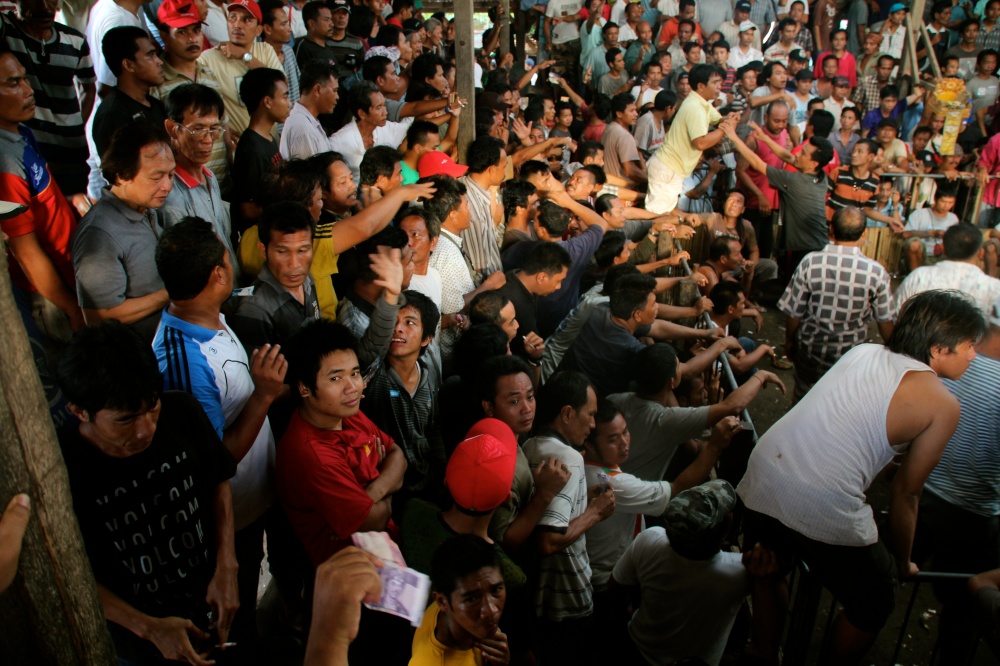 He was right. People were mental. There was screaming, shouting, betting, pushing, swearing (not that I understood any of it), the smell of sweat, food and cigarettes. I was the only girl and everyone was staring at me. The cock fight lasted a split second – the first one died and they brought in the next contestant. The men absolutely loved it. I couldn’t really share their excitement, but oh man, it was such an experience!

All of a sudden, there was an alarming uneasiness among the crowd, everyone tried to hurry out, pushing each other around. Had someone picked a fight? I started panicking as I had no idea what was going on. My guide’s worried face terrified me even more while he tried to get me out of the crowd as quickly as possible. He hastily lead me through some back allies ’till we finally reached our motorbike to leg it.  I noticed that he was too scared to stop for a sec to tell me what was happening. After 20 mins, he pulled over, took off his helmet and said “Police!”. I hadn’t realized that the cock fight was a massive illegal event, that betting was illegal and that participating was illegal. Of course, I was aware that it wasn’t very welcome, but didn’t know that it was such a big deal for the locals. When the police comes, you run! 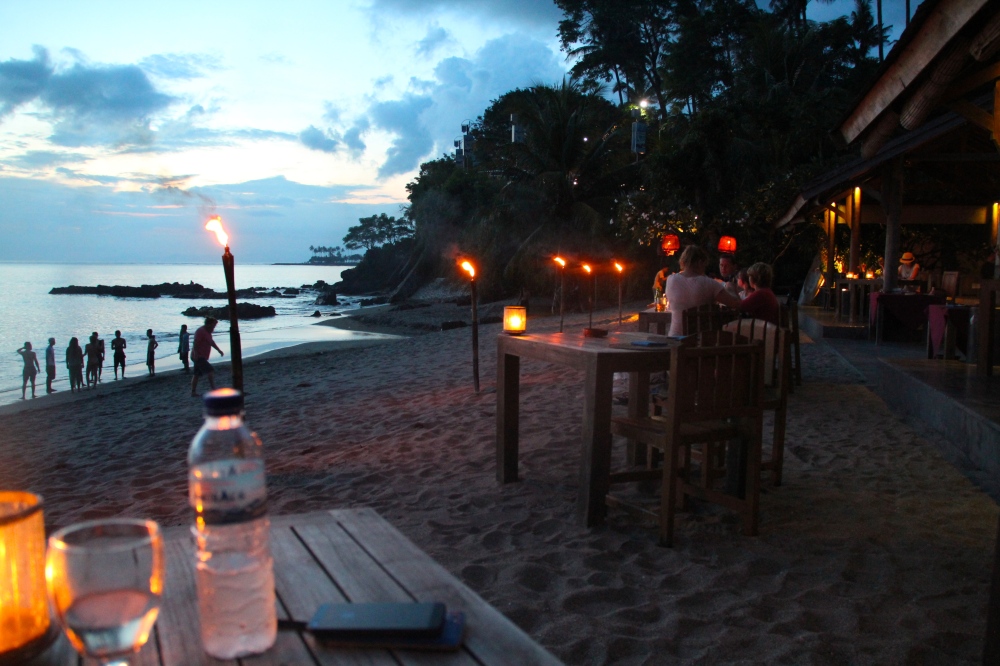 After such an intense day, I was super happy when we got back home. For the rest of the evening, I chilled at this beautiful beach restaurant with a big bowl of pasta and a good book. I spent one more day in Lombok with two sweet Dutch girls before we all headed back to Bali together. It was a kurz und knackig stay in Lombok, filled with interesting, exciting and terrifying experiences. My favourite thing about this island are the long and winding roads along the coastline. 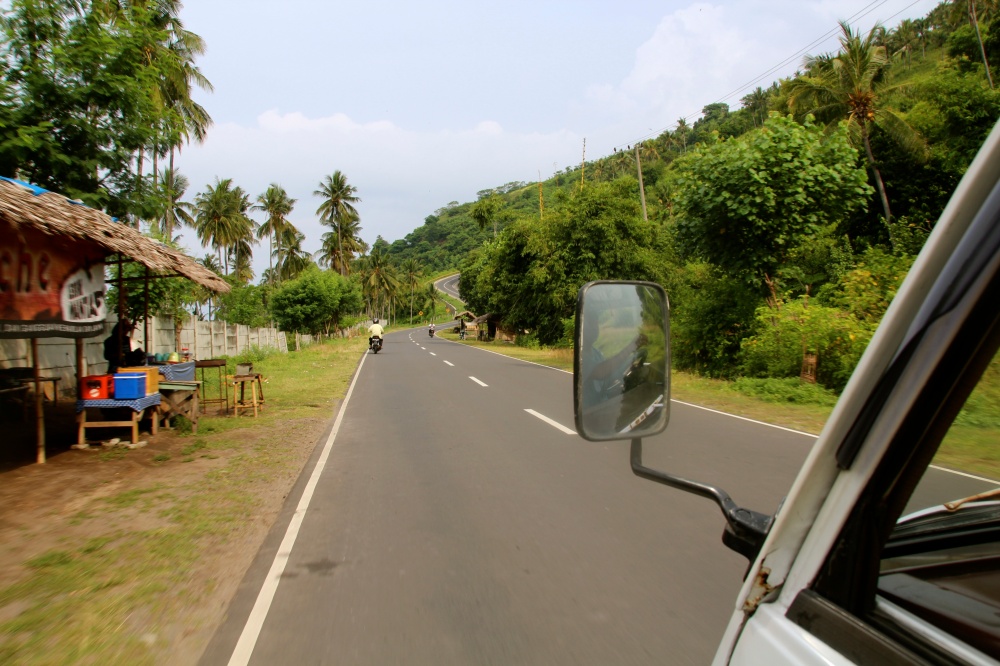