This post is a collection of random snapshots I took during my time in Lebanon. Momentaufnahmen is how I like refer to them. Many were taken from the car, some are blurry, some are wanky, none of them edited. I’m finding it very difficult to put my impressions of Lebanon into words, anything I write doesn’t seem to capture the paradox I experienced in this country. The military convoy through the pretty streets of Downtown Beirut. The church behind the mosque or the mosque behind the church. Crazy traffic, massive construction sites. Soldiers blocking the entrance to the synagogue. Austrian funiculars leading to the biggest grotto in the entire world. Roman ruins in front of modern Beirut. The soldier next to a hip lunch cafe. The trendy bars of Mar Mikhael, the neighbourhood of Gemmayzeh,  the pretty squares of Saifi Village, the area of Hamra or the pompous boulevards of Downtown – the Paris of the Middle East they call it. Most parts of this city still expose their wounds from the Civil War and political unrest. From graffiti to bullet holes – this place is chaotic but you find beauty in the most peculiar ways. Maybe these snapshots manage to portray the unedited Beirut a bit better. 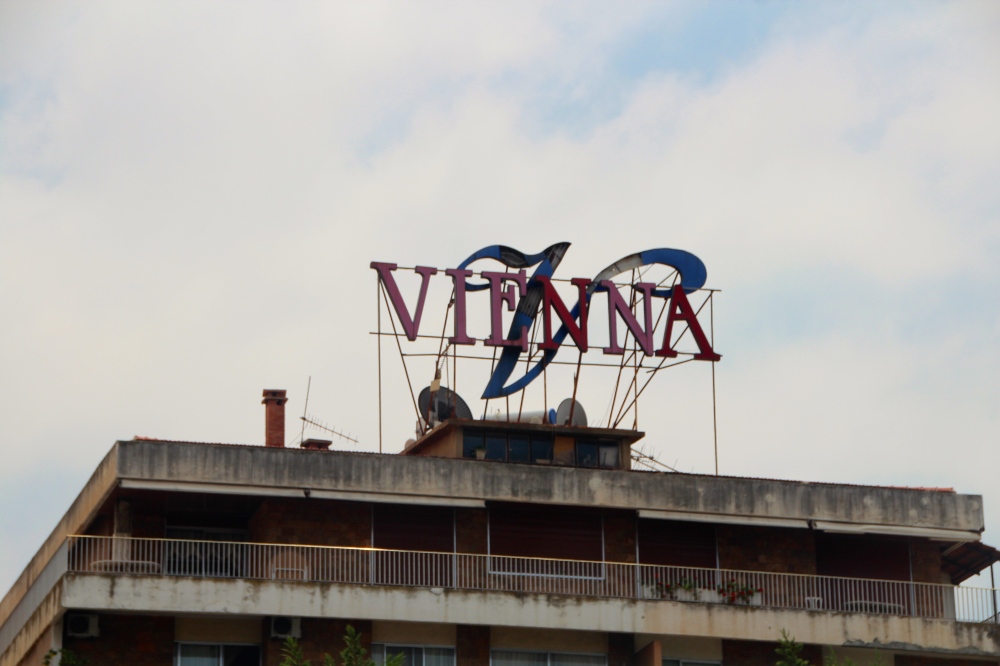 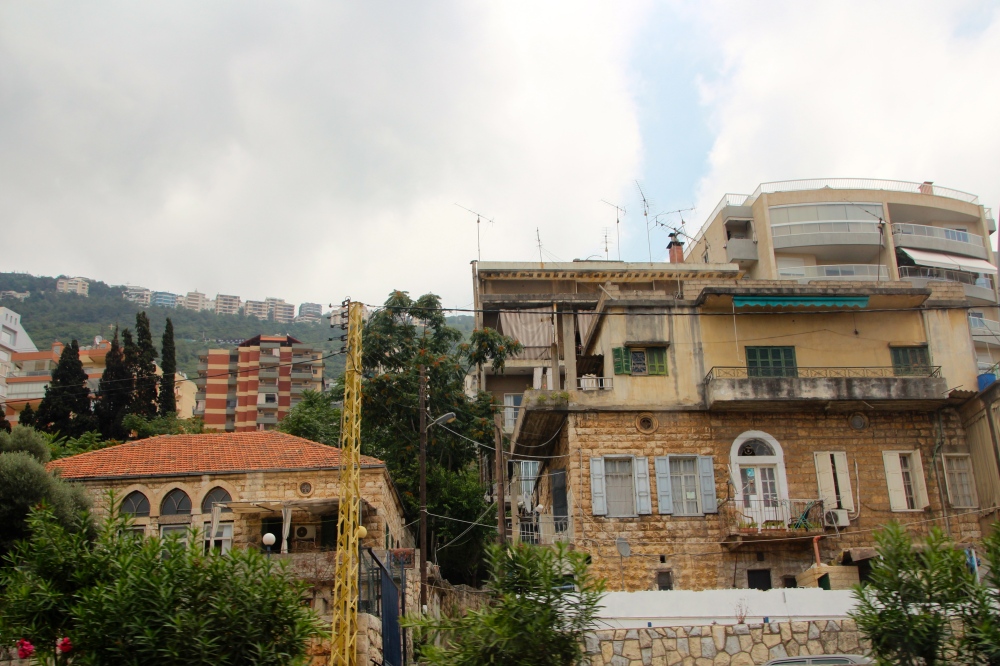 As I am struggling for words, I would like to leave it to a more professional storyteller to describe the Lebanon that I have experienced over these 10 days. Tom Fletcher wrote a brilliant article when ending his term as UK ambassador to Lebanon. I would like to share his goodbye letter as it conveys one hundred percent how I perceive this country and I couldn’t have phrased it any better. It’s an article that I believe anyone should have read who is even moderately interested in the spirit of this country.

Sorry to write again. But I’m leaving your extraordinary country after four years. Unlike your politicians, I can’t extend my own term. 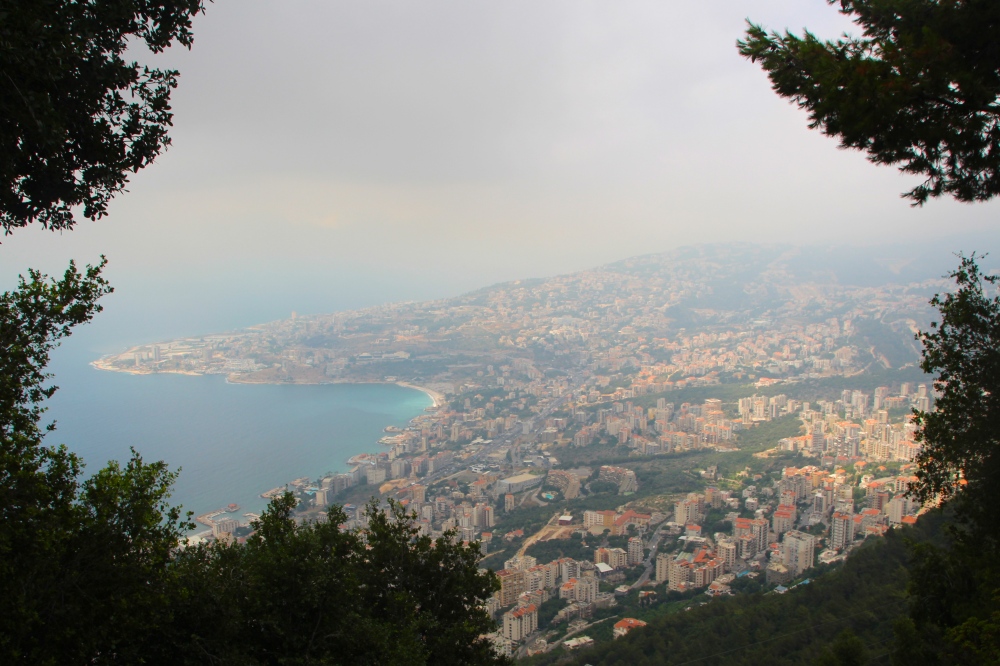 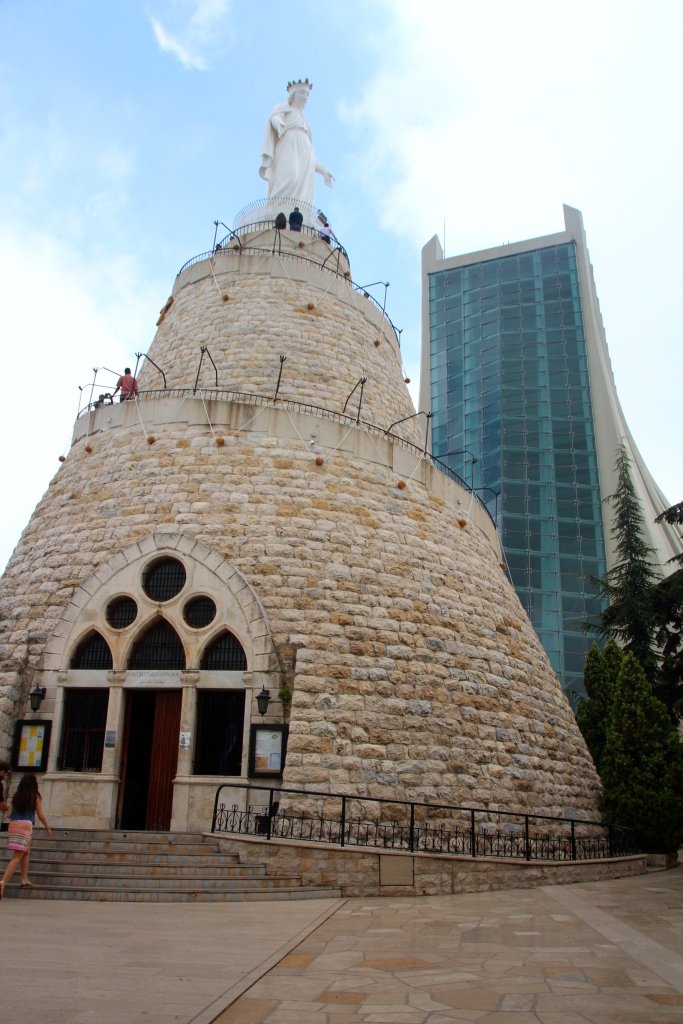 “Bullets and botox. Dictators and divas. Warlords and wasta. Machiavellis and mafia. Guns, greed and God. Game of Thrones with RPGs. Human rights and hummus rights. Four marathons, 100 blogs, 10,000 tweets, 59 calls on Prime Ministers, 600+ long dinners, 52 graduation speeches, two #OneLebanon rock concerts, 43 grey hairs, a job swap with a domestic worker, a walk the length of the coast. I got to fly a Red Arrow upside down, and a fly over Lebanon’s northern border to see how LAF is enforcing Lebanese sovereignty. I was even offered a free buttock lift – its value exceeded our £140 gift limit, so that daunting task is left undone.”

“Your politics are also daunting, for ambassadors as well as Lebanese citizens. When we think we’ve hit bottom, we hear a faint knocking sound below. Some oligarchs tell us they agree on change but can’t. They flatter and feed us. They needlessly overcomplicate issues with layers of conspiracy, creative fixes, intrigue. They undermine leaders working in the national interest. Then do nothing, and blame opponents/another sect/Sykes-Picot/Israel/Iran/Saudi (delete as applicable). They then ask us to move their cousin’s friend in front of people applying for a visa. It is Orwellian, infuriating and destructive of the Lebanese citizens they’re supposed to serve. But this frustration beats the alternative – given potential for mishap, terror or invasion, there is no substitute for unrelenting, maddening, political process.” 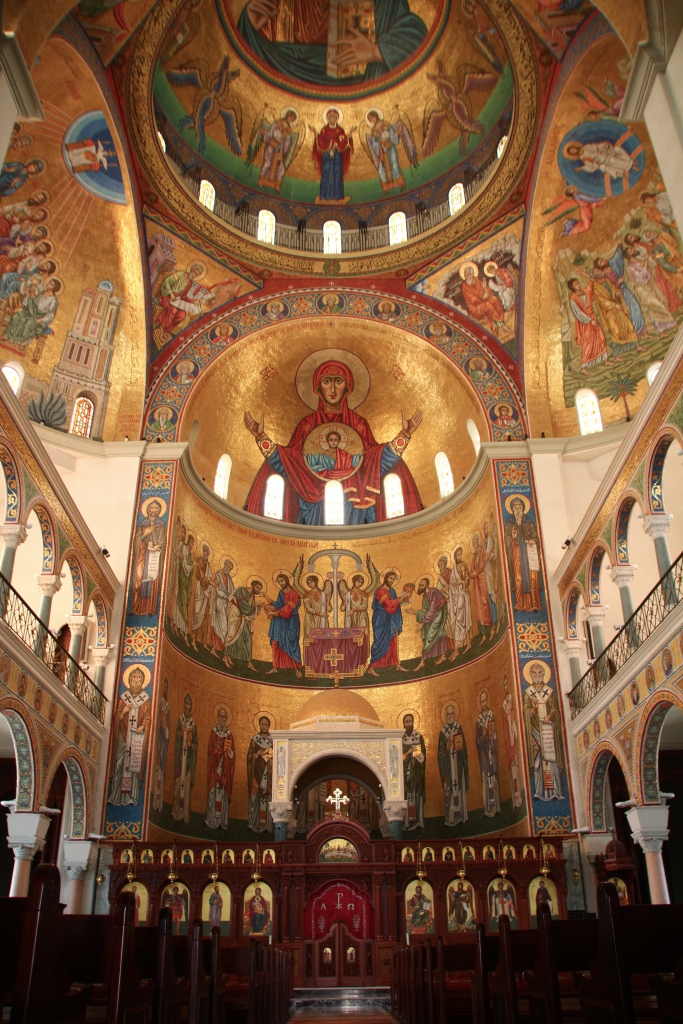 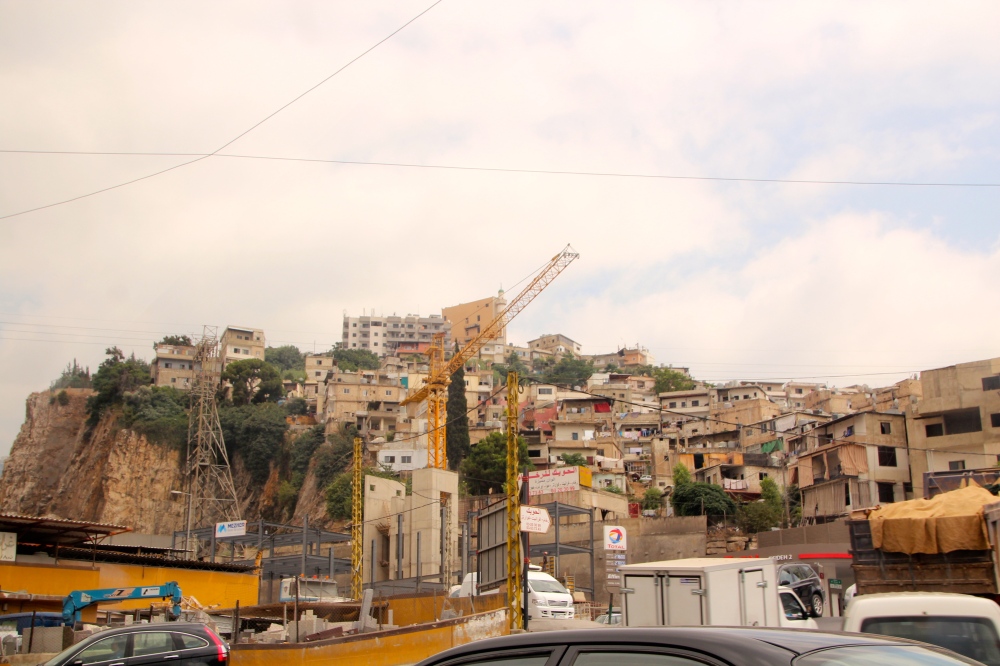 “Kahlil Gibran said ‘you have your Lebanon, I have mine’. When the Middle East was in flames, and its people caught between tyrants and terrorists, the Lebanon I will remember sent its soldiers to protect the borders; confronted daily frustrations to build businesses and to educate its children; and showed extraordinary generosity to outsiders, be they ambassadors or refugees. The Lebanon I will remember is not asking for help, but for oxygen. It is not arguing over the past, but over the future. It is not debating which countries hold it back, but how to move forward. It is not blaming the world, but embracing it. People will look back at what we have come through and ask how Lebanon survived? But we already know the answer: never underestimate the most resilient people on the planet. A people that has, for millennia, beaten the odds.” 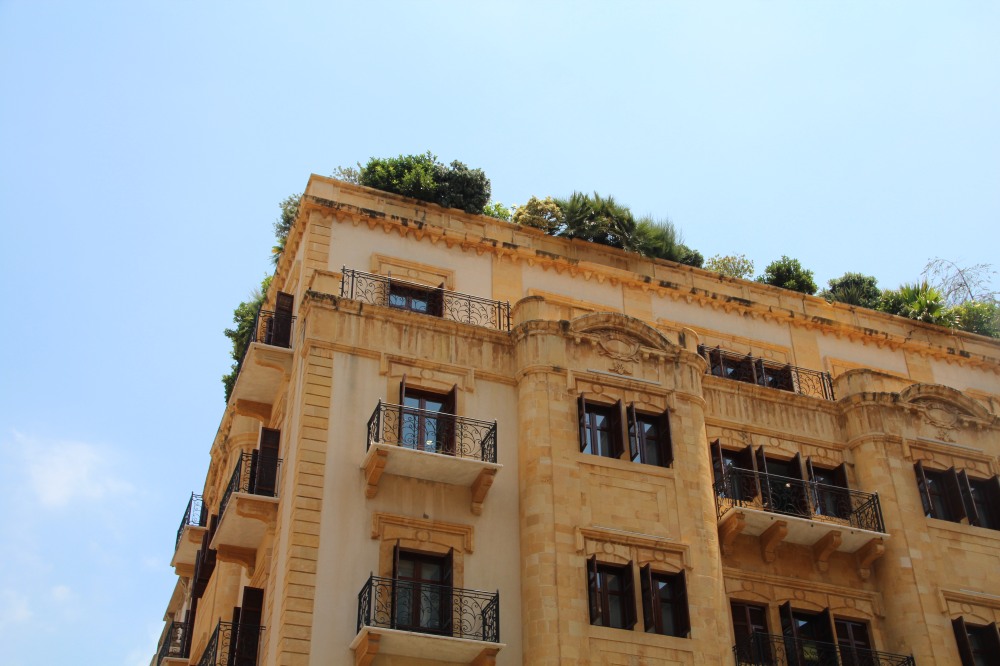 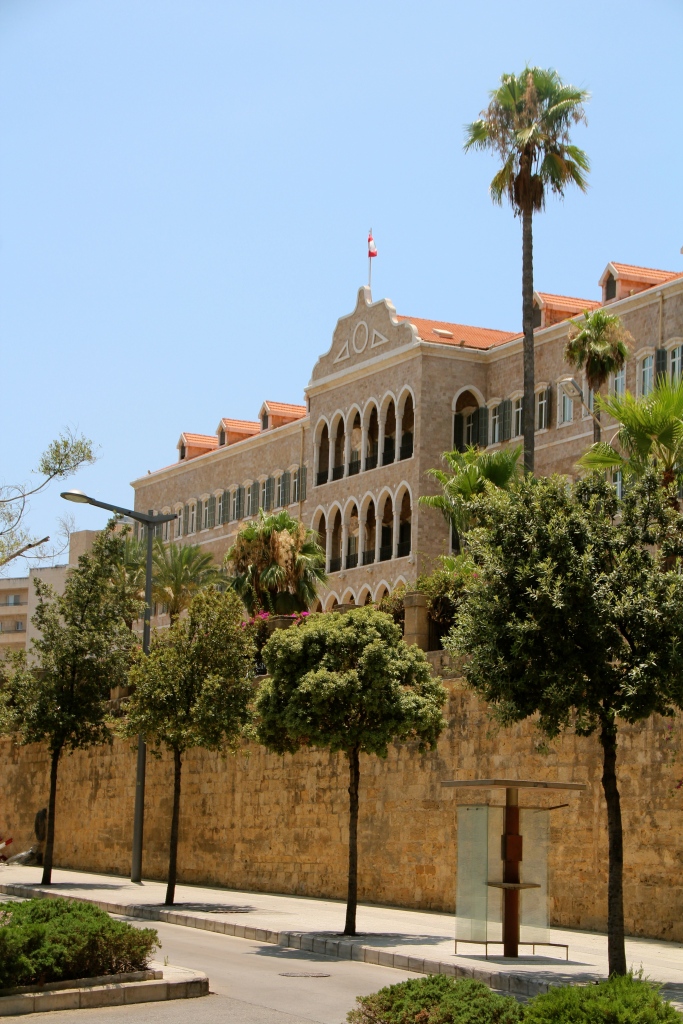 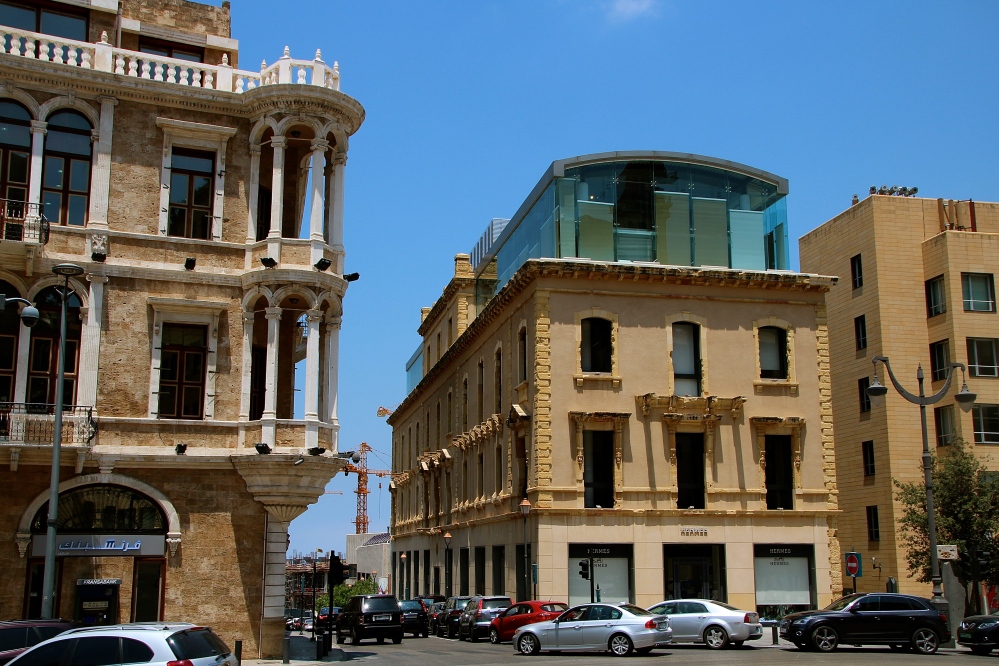 “I hope you will also look back and say that the Brits helped you to hold your corner. Giving those soldiers the training and equipment to match their courage. Giving those pupils the books to match their aspiration. Giving those businesses the networks to match their ambition. Building international conspiracies for Lebanon, not against it. And above all, believing you would beat the odds. Four years: 100 times the financial support, ten times the military support, double the trade. We even helped Walid Joumblatt join Twitter.” 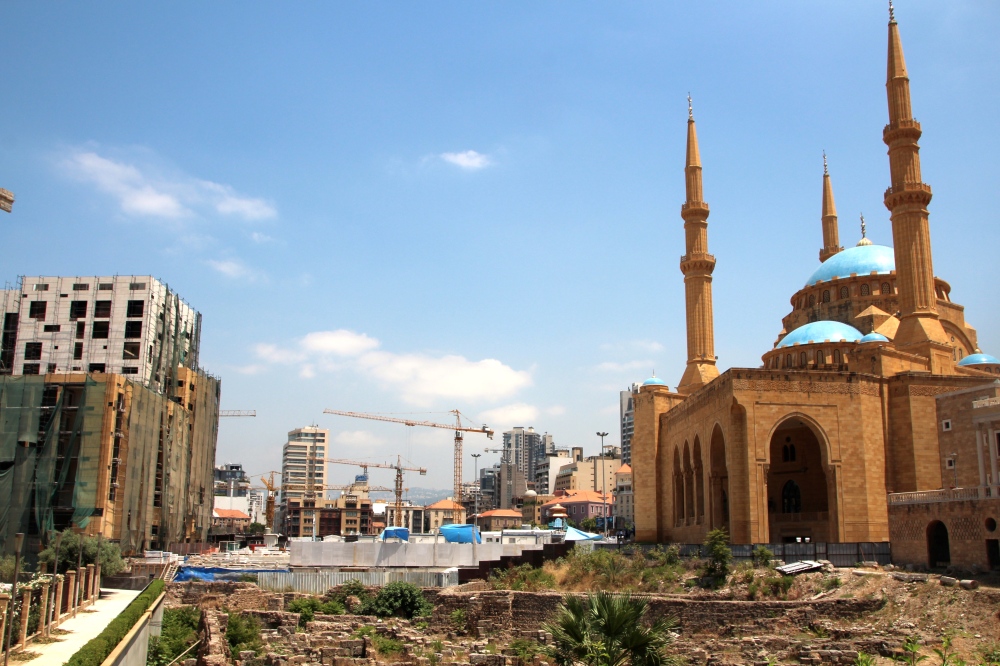 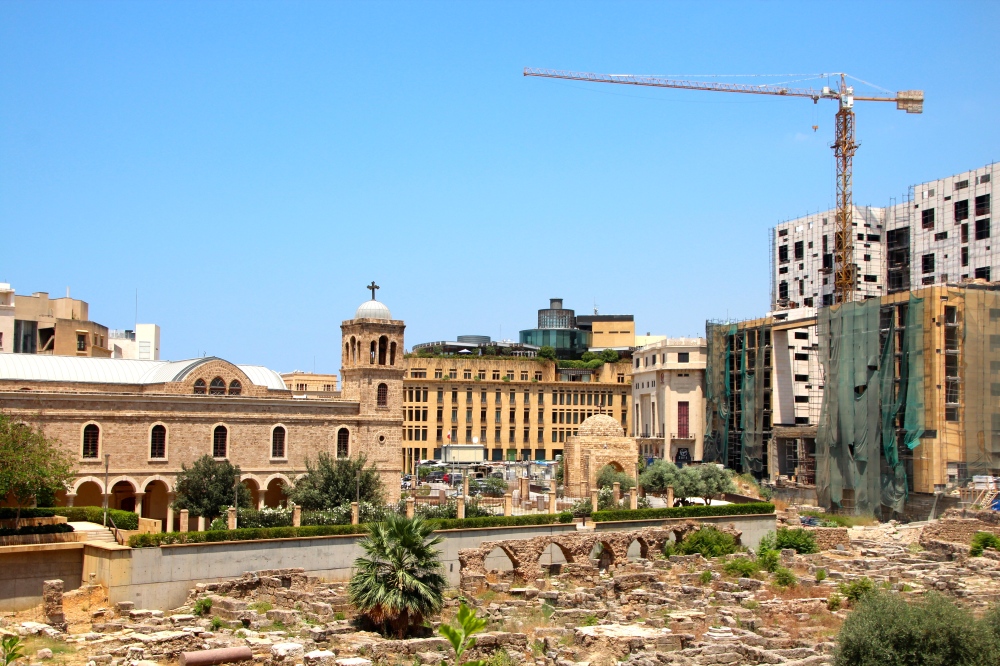 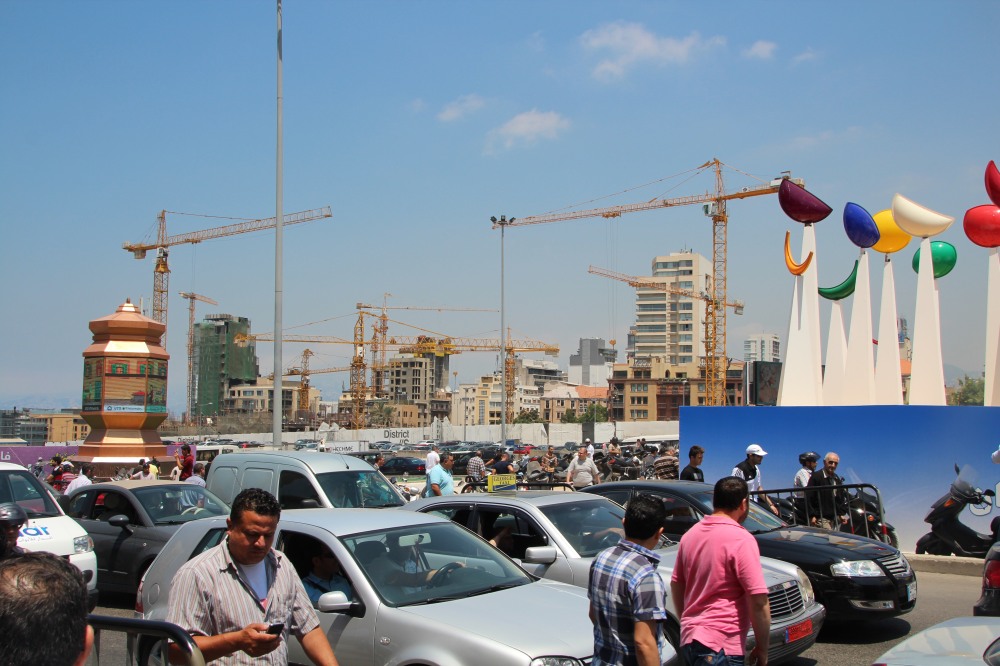 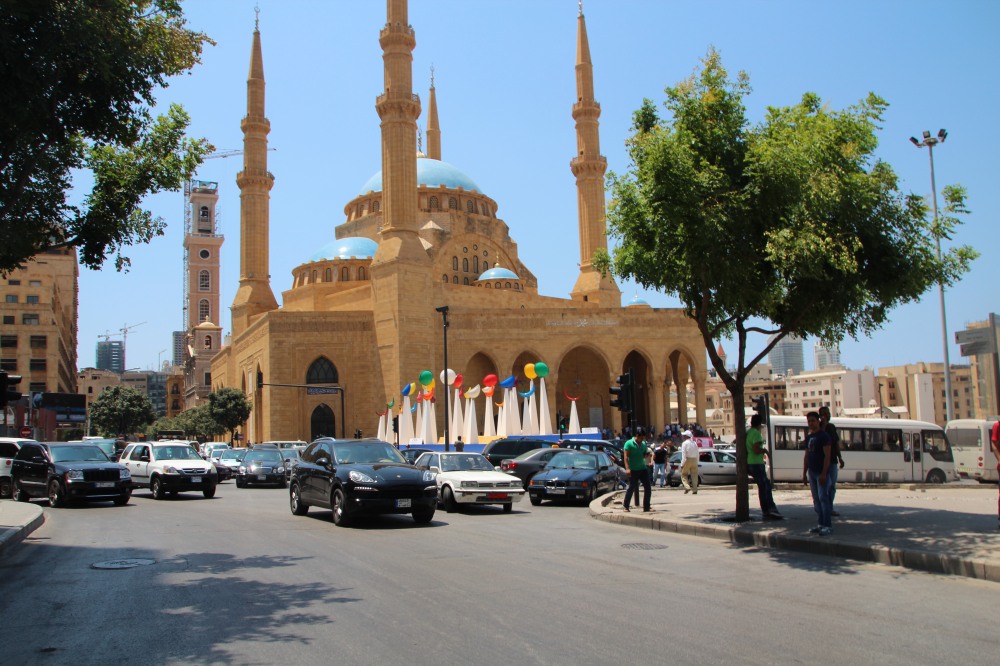 “What could the West have done differently? Many of you have a long list. We are at last feeling ourselves to a serious conversation with Iran, and a credible political process that leaves Syrians with more than the barrel bomber and the box office brutality of Da’esh. I hope President Obama can deliver his aim of a Palestinian state with security and dignity. I hope we can talk to our enemies as well as our friends – aka diplomacy. I hope we rediscover an international system that aspires to protect the most vulnerable: the problem with an ethical foreign policy was not the ambition but the execution, and Syria must not be RIP R2P. The driving quest of diplomacy is for imperfect ways to help people not kill each other. Let’s not give up on the idea that the Middle East can find security, justice and opportunity. I hope other countries reflect on what they could do differently too.” 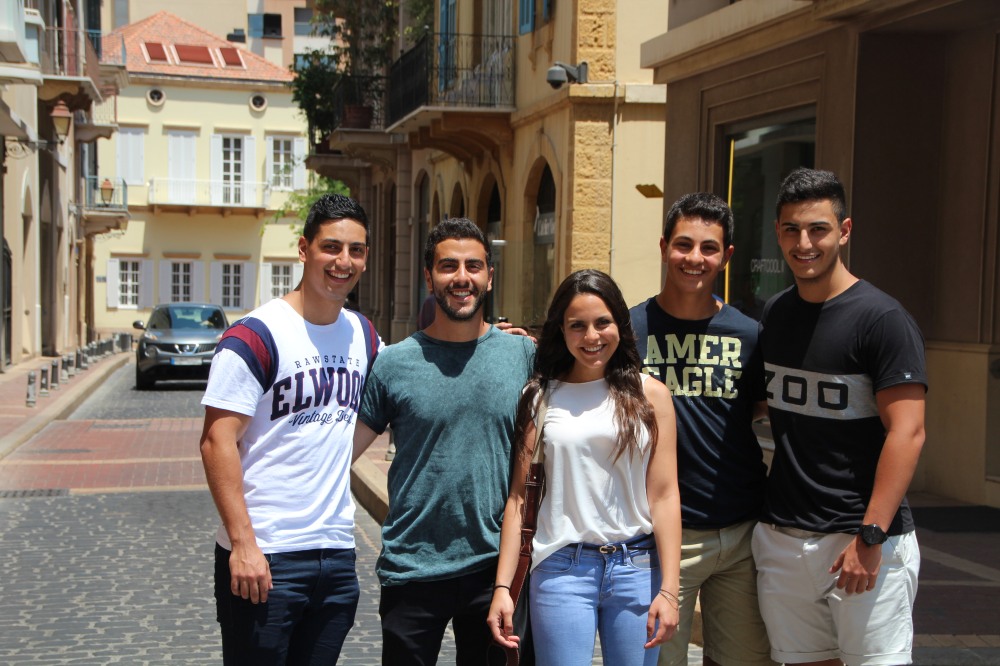 “They say that Lebanon is a graveyard for idealism. Not mine. It has been a privilege to share this struggle with you. I believe you can defy the history, the geography, even the politics. You can build the country you deserve. Maybe even move from importing problems to exporting solutions. The transition from the civil war generation lies ahead, and will be tough. You can’t just party and pray over the cracks. But you can make it, if you have an idea of Lebanon to believe in. You need to be stronger than the forces pulling you apart. Fight for the idea of Lebanon, not over it.” 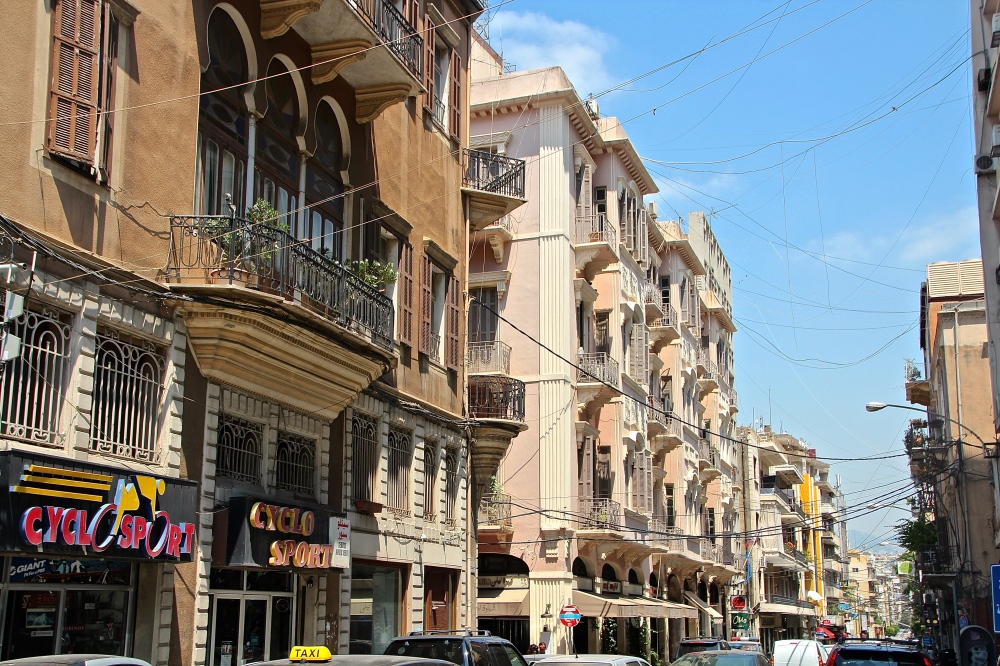 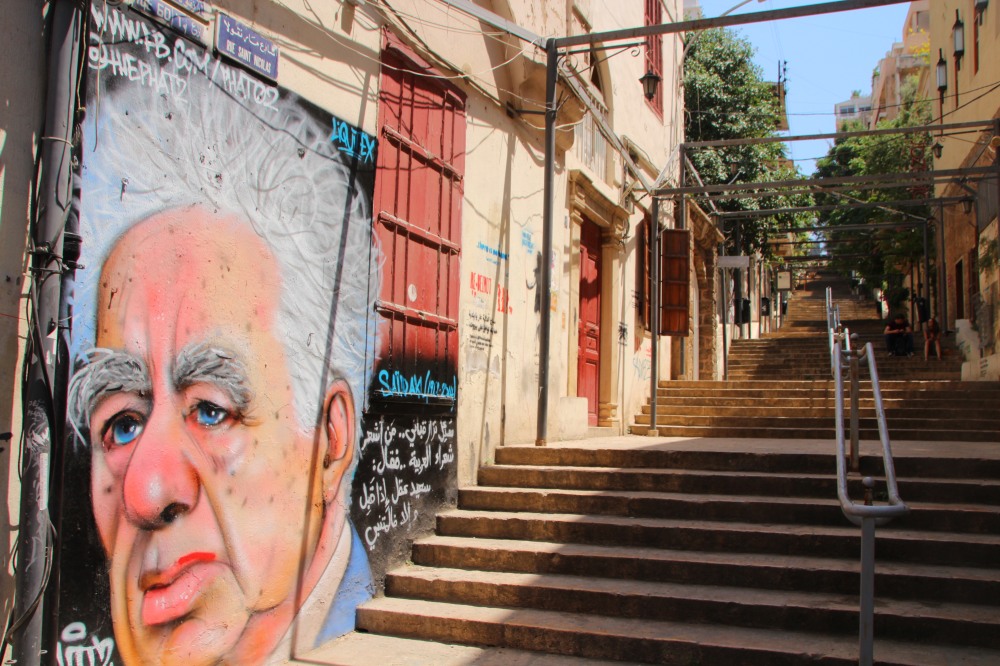 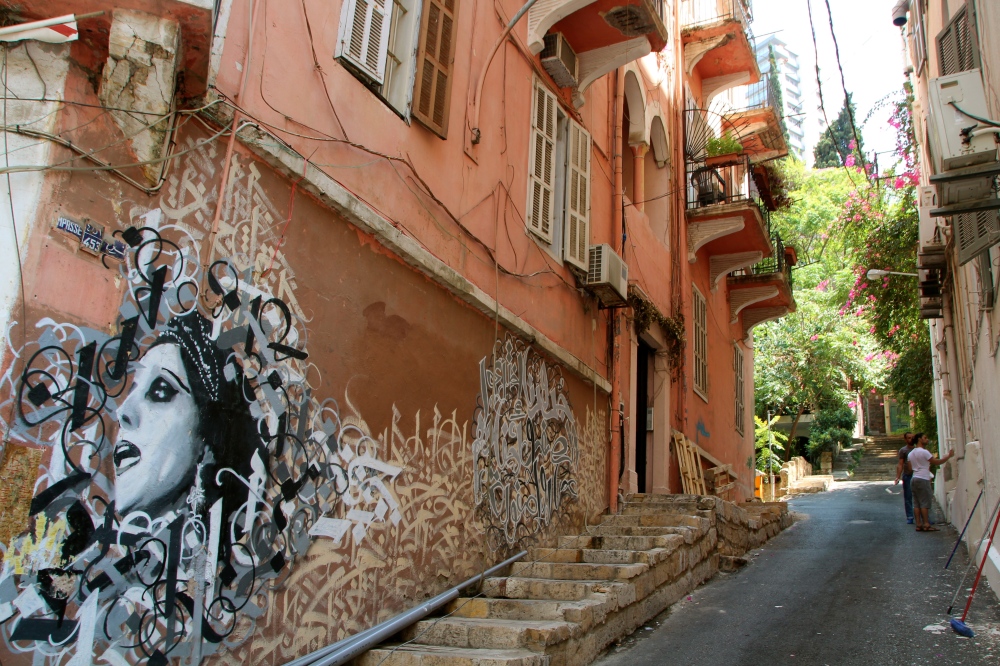 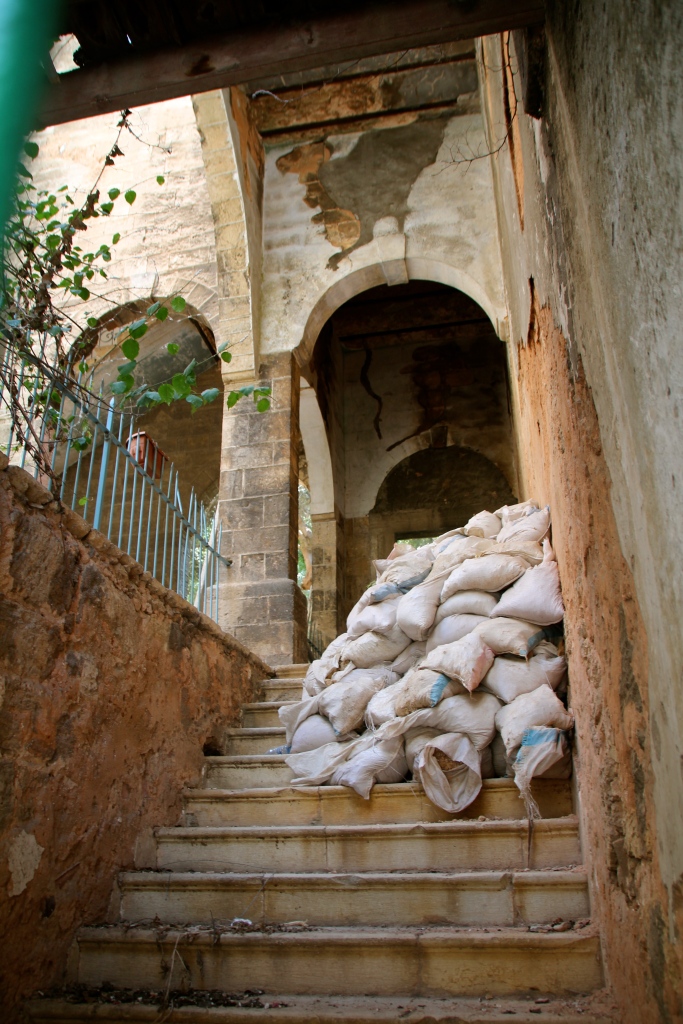 “And we need you to fight hard. Reading your history in a musty Oxford library over four years ago, I realised that if we cannot win the argument for tolerance and diversity in Lebanon, we will lose it everywhere. That’s why we’ve helped – it is in our national interest too. This is the frontline for a much bigger battle. The real dividing line is not between Christianity and Islam, Sunni and Shia, East and West. It is between people who believe in coexistence, and those who don’t. 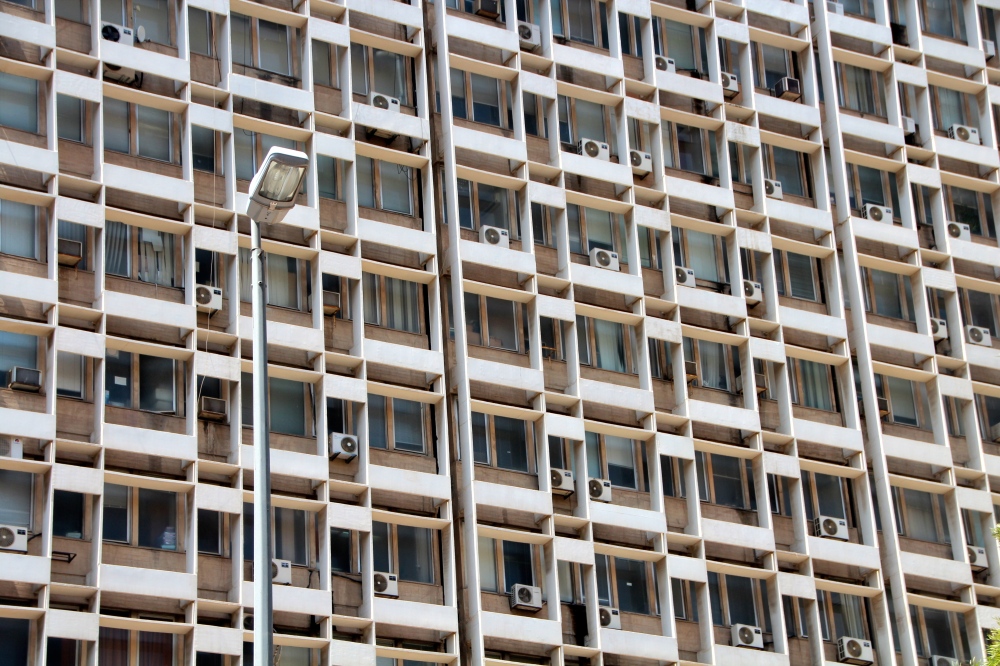 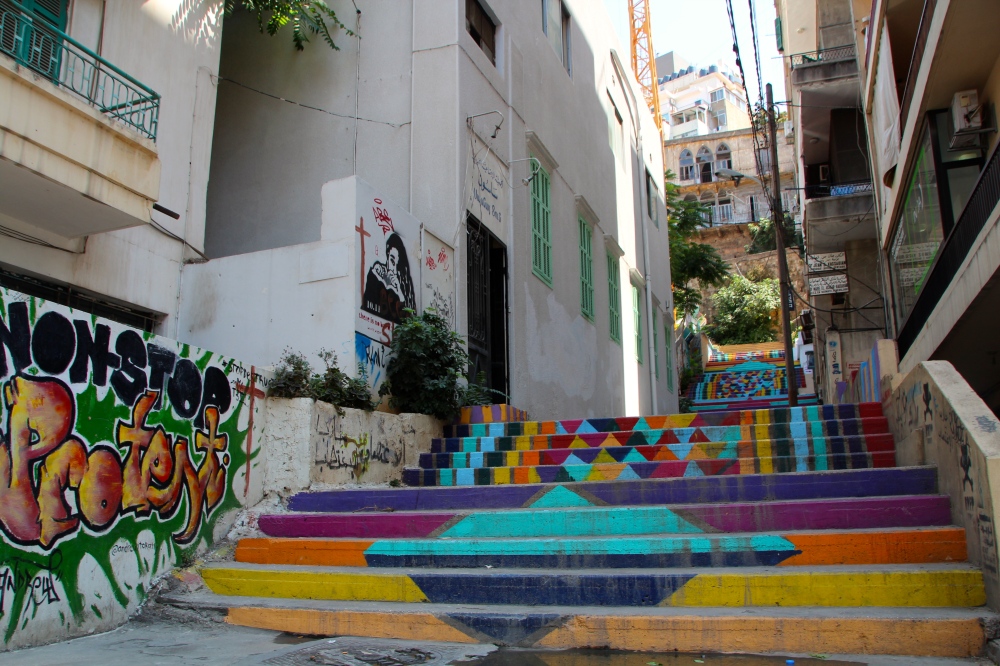 “I worried I was too young for this job. I discovered I was too old. We experimented on Twitter – first tweet-up with a PM, with a diva, first RT of a Western diplomat by the President of Iran, online scraps with terrorists and satirists, #Leb2020 and much more. I hope it amplified our impact in an authentic, engaging and purposeful way. I have banged on about how digital will change diplomacy. Someone should write a book about how it will also change power, and how we can marshall it to confront the threats to our existence. Now there’s an idea.” 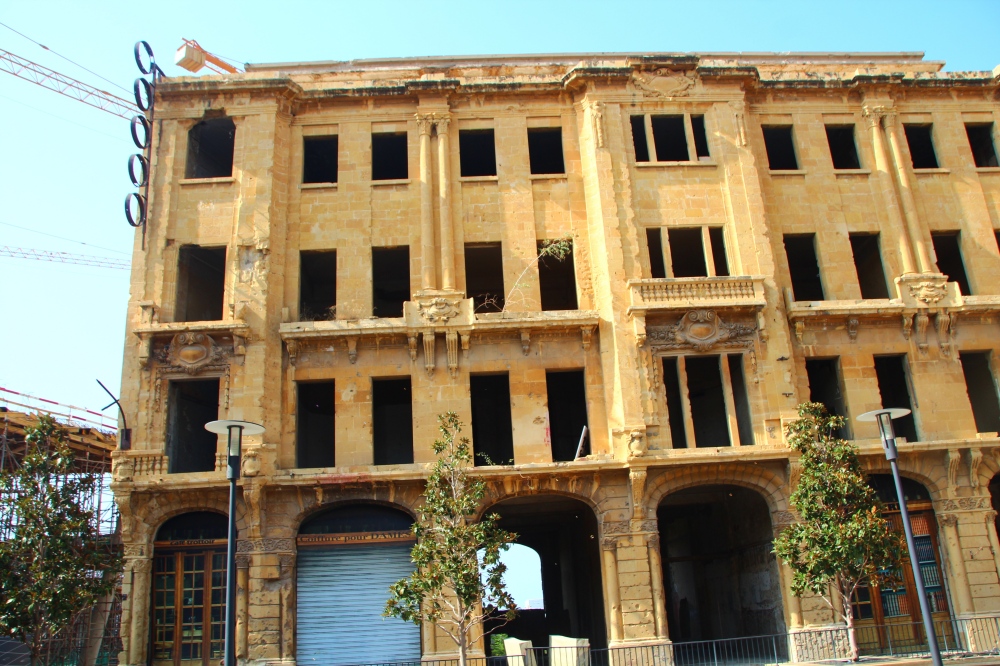 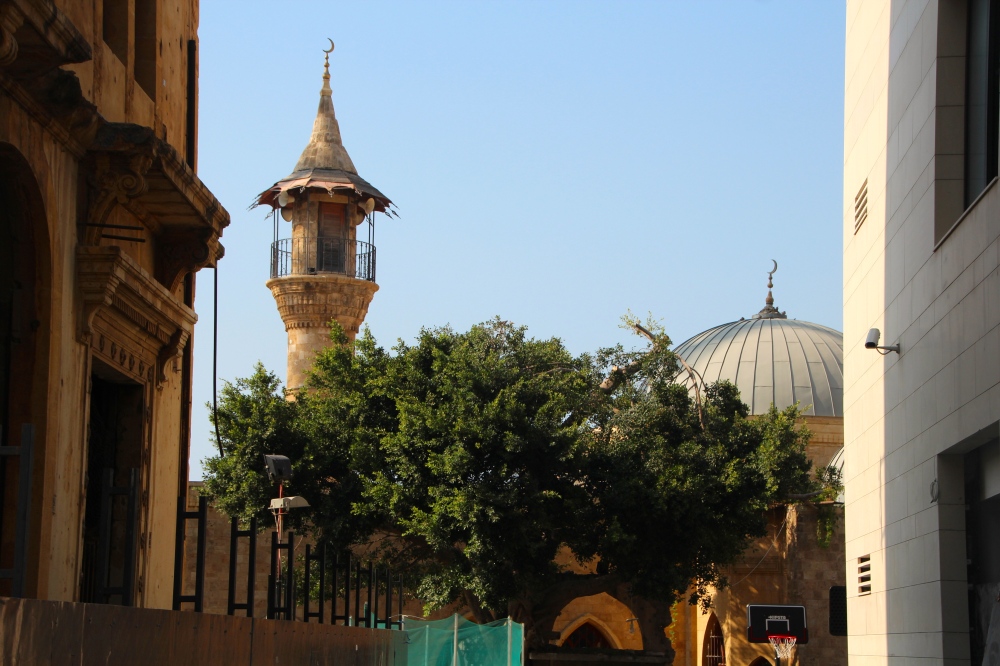 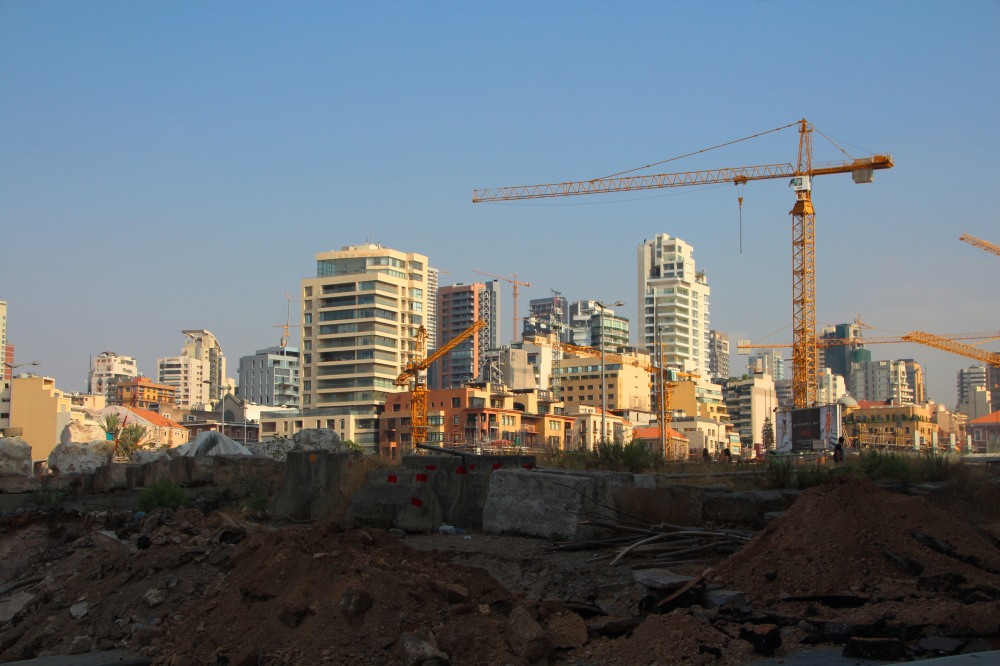 “You gave me Bekaa sunrises and Cedars sunsets. You gave me the adventure of my life, and plenty of reasons to fear for it. You gave me extraordinary friends, and you took some away. I loved your hopeless causes and hopeful hearts, shared your tearful depths and your breathless heights.

There are eight stages of life as an ambassador here. Seduction. Frustration. Exhilaration. Exhaustion. Disaffection. Infatuation. Addiction. Resignation. I knew them all, often simultaneously. I wouldn’t have swapped it for anywhere in the world. I and the brilliant embassy team are still buying shares in Lebanon 2020. I’m finishing my time as an Ambassador to Lebanon, but with your permission I’ll always be an ambassador for Lebanon.

Many of you ask me why I remain positive about this country. All I ever tried to do was hold a mirror up and show you how beautiful you really are. Shine on, you crazy diamond.